That’s right, the TSG team have completed their Tough Mudder race, and boy did they do well!

The team signed up to Tough Mudder’s London South 2018 course after a team meal in Southampton City Centre. A homeless man was sat in the car park by the ticket machine letting people know that they didn’t have to pay for parking after a certain time of night but that the council didn’t advertise it very well. The team got chatting to the man and gave him the change that they were going to pay for parking.

The TSG team were already in discussions of raising money for charity, and after this encounter, chose to raise money for those living on the streets. Homelessness is an increasing problem within the UK and is becoming more noticeable as more people are forced to sleep on the street. In 2017, England had seen a 132% increase in rough sleepers since 2010, with the South of England seeing a 166% increase. With this in mind, TS Group signed up for a Tough Mudder, running on behalf of the Society of St James (SSJ). SSJ are a Hampshire based charity who support the homeless through housing to get them off the street and by providing better access to services that will help vulnerable people to change their situation.

We’ve set up a JustGiving page for people to sponsor our Tough Mudder, where 100% of the donations will go straight to the Society of St James. We haven’t quite reached our target, so we’d be extremely grateful to anyone that can spare a moment to donate to our cause. To find out how the team were feeling before the race, visit our Tough Mudder news. 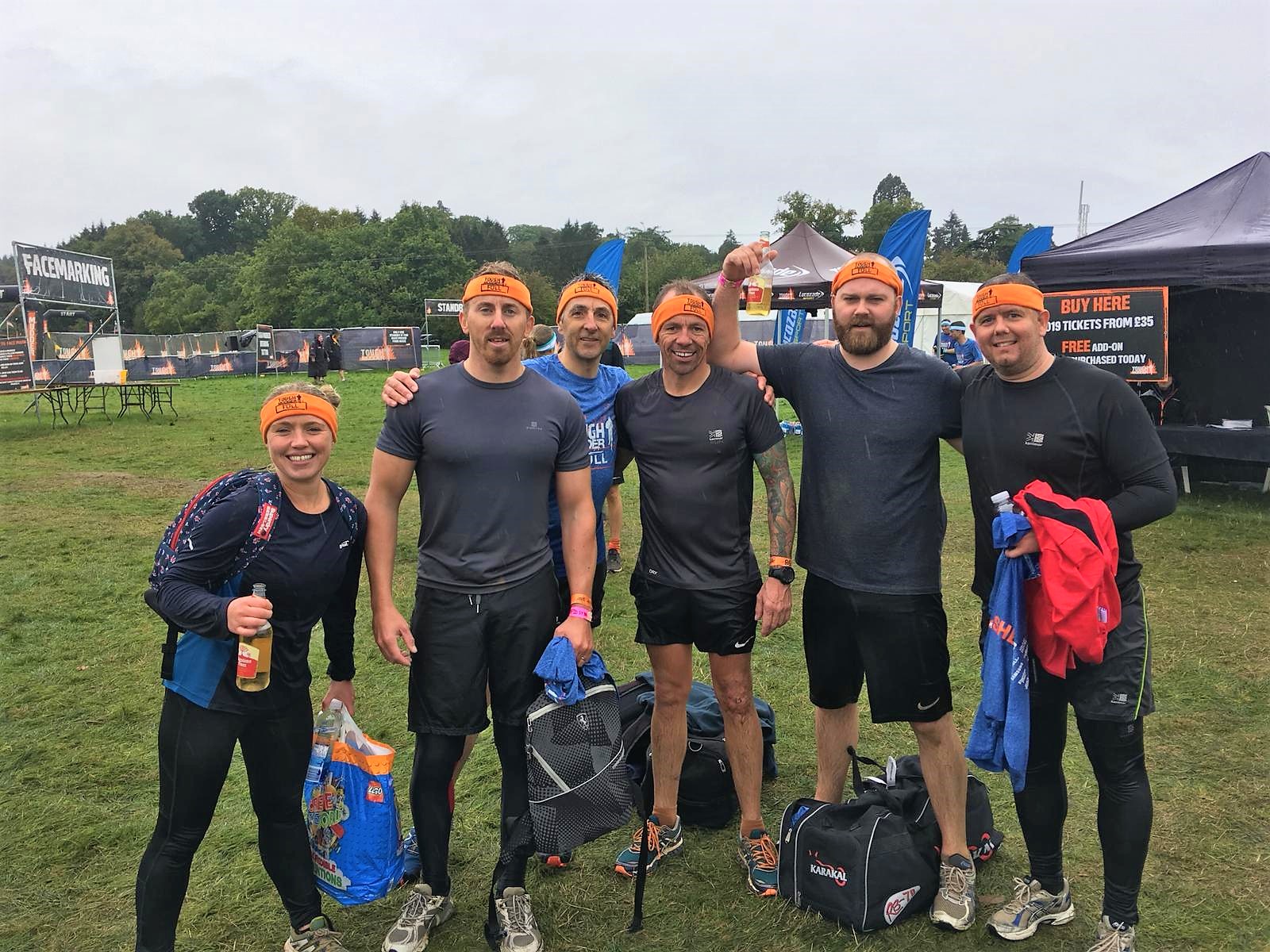 It’s Monday lunch time, 2 days after the race and we’re sure you’re wondering how the team are feeling after completing the obstacle course in 4 hours! It’s a mixed bag in the office today; Mike is buzzing off of the high of completing the Tough Mudder and is already preparing for the Great South Run at the end of October! He’s also received an email this morning about signing up for next year’s Tough Mudder which he’s raring to sign up for!

Andy’s struggling to walk with a knee injury but he’s in positive spirits and says the whole thing was fun from start to finish, and even said on the 9th mile that he’d definitely do it all over again! Poor Luke Simpson is struggling to walk and feeling a bit fragile, so I’d say he’s definitely looking forward to spending three days standing on his feet this week at the PPMA show! When asked how she felt, Nicole’s words were simply “broken”, explaining that the worst part was the 10-mile run, which was much harder than the obstacles! We don’t think she’ll be signing up for a Tough Mudder again!

Luke Barnes felt that this course was much harder than the course he took part in the previous year, and actually apologised for getting everyone to sign up for Tough Mudder as it was so hard-going! So, you’ve heard how the team were feeling two days prior, but how are they a week later? Here’s an insight from the team members who weren’t too scarred from the event to let us know how it went!

What was your favourite and least favourite obstacle?

Mike’s favourite obstacle was Walk the Plank, which involved having to dive into deep, cold muddy water, and his least Arctic Enema, where he had to slide into a pool of ice water! Now, that is a tough one! Andy’s favourite obstacle was The Blockness Monster, rotating square barrels that you have to pull yourself over! His least favourite was Funky Monkey – The Revolution because he only managed 2 monkey bars before he fell into the water… maybe next year Andy!

Nicole’s favourite obstacle was the finish line, which was a huge obstacle to get to for everyone, and her least favourite was a water obstacle that involved diving underwater to be able to swim underneath barrels. Getting to the finish line is a huge achievement for everyone! Despite the day being full of mud, cold water and hard work, the whole team agreed that the best outcome of taking part in Tough Mudder was the teamwork. Everyone put in so much effort to successfully complete the course. Nicole explained, “Everyone played a vital part in getting each other through it, and I couldn’t have done it without them.” I’d say that means the experience was extremely successful, amazing teamwork and raising money for charity.

Any funny stories to tell from the event?

Mike said the funniest story from the event was Ali falling down a muddy hill, although we’re not sure if Ali found it that funny! It poured with rain in the afternoon on race day which made the last hill down to the finish line difficult. Mike said it was impossible to run down so everyone was walking, except Ali who decided to run and fell over into the mud, landing on his back – oops!

Andy’s favourite story was Mike falling backwards into a muddy and smelly ditch, which definitely doesn’t sound enjoyable! Nicole’s favourite moment was hearing about Luke Simpson being put in a boiler suit by the medics on site. Luke only ate a banana and a chocolate bar before attempting Tough Mudder and didn’t drink any of the Lucozade on offer throughout the race, which lead to low blood sugar, a trip to the medical tent 7 miles in and a gorgeous boiler suit!

This year’s course was particularly hard for even experienced Mudders! The team did everyone at TS Group proud and helped SSJ in the process. If you can spare anything to help SSJ support vulnerable people within Hampshire, then you can donate on our JustGiving page. Thank you to everyone for your support and well-wishes leading up to the event!

To date, we have raised £525! Donate here https://www.justgiving.com/fundraising/tsgroup 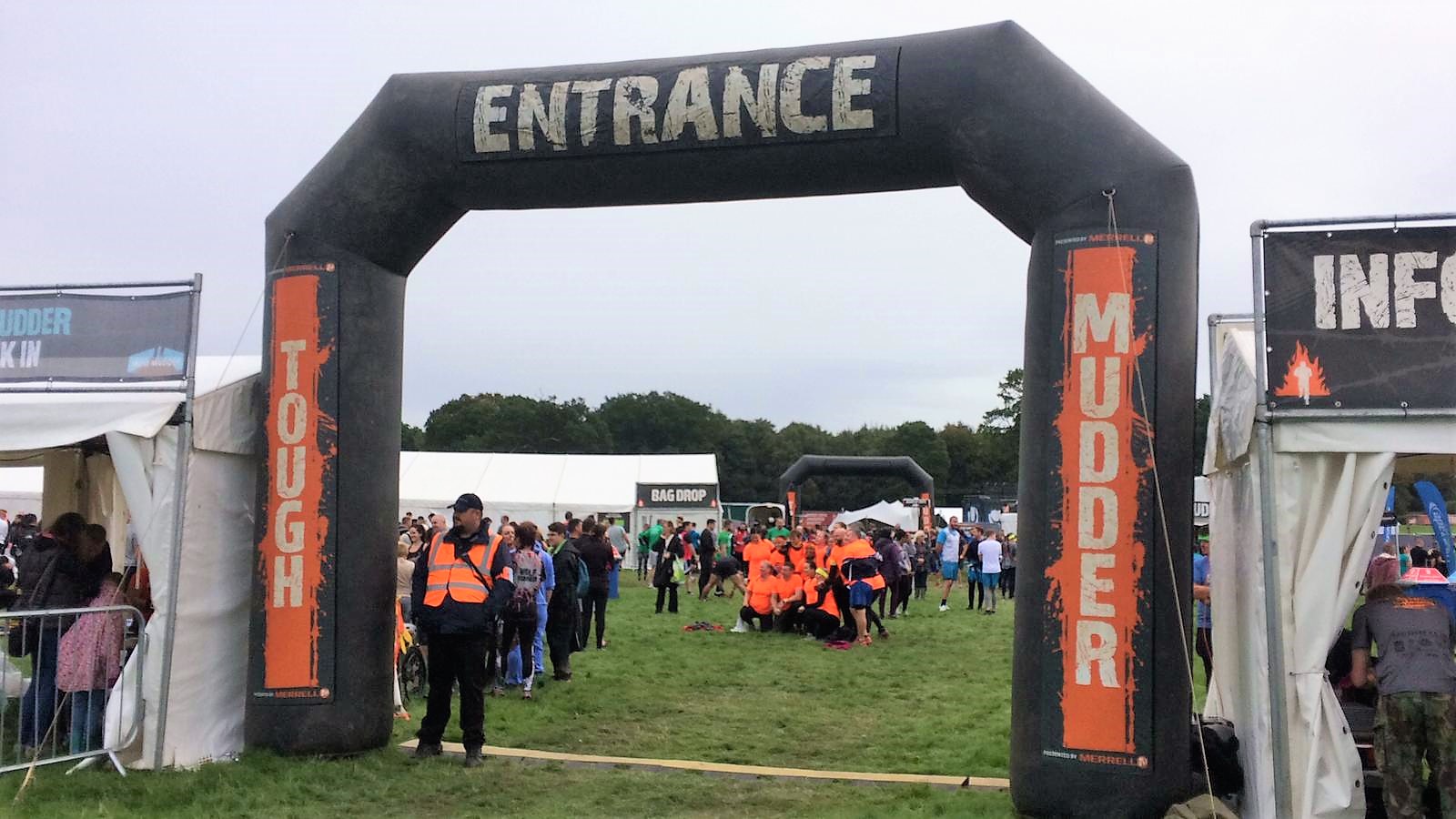 Want to know more? Contact the sales team for additional support with your application or pump requirements